Conferences in Freiburg and other places 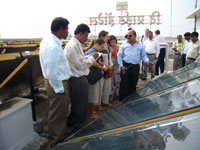 Local Renewables is a series of events aimed to inform and mobilise many local governments and their partners about the potential of generating and using renewable energy at the local level, and how to best set-up and implement related policies.

Local Renewables 2007 took place from the 13-15th of June 2007 in Freiburg, Germany. Outcomes included, among others, the Freiburg Outreach and the eight key arguments for why local governments should implement renewable energy in their jurisdictions.

How to become a host city

Please approach ICLEI's International Training Centre if you are interested in becoming a host city or partner for a national or regional "Local Renewables" conference though email at: local.renewables@iclei.org. 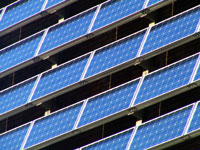 The Local Renewables Initiative brings together model cities from across the globe, and ICLEI in particular has offered its expertise in helping cities in India and Brazil bring renewable energy policy and implementation into core city activities. In addition to Freiburg, Germany other model communities include: