Here is some information about some of the speakers who will be attending and participating at the conference!  Further information on other speakers coming soon, so check back often! 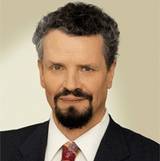 Gernot Erler has an extensive political career working for the SPD.  Since 1987, he has been a member of the German parliament, representing Freiburg.  Since 2005, he has been a Minister of State, working at the Federal Foreign Office in Berlin.  In his work with the Foreign Ministry, Erler enjoys promoting and pursuing the issues concerning development in and of Russia, Eastern Europe, the Balkans and Central Asia.

José Etcheverry, PhD, is an associate professor in the Faculty of Environmental Studies at York University. José has also taught environmental policy at Simon Fraser University and the Center for Environment at the University of Toronto. His current research is focused on renewable energy technology transfer, training and education, climate change and energy policy. In 2006, José was appointed by Dr. Hermann Scheer to become one of the chairs of the World Council for Renewable Energy. He serves as President of the Canadian Renewable Energy Alliance, a board member of the Windfall Ecology Centre, as well as a Canadian correspondent for the global Renewables Status Reports, published by Worldwatch Institute on behalf of Renewable Energy Policy Network for the 21st Century. 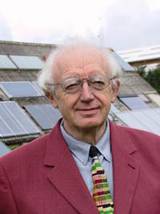 Preben Maegaard has organised and presented at numerous national and international seminars, workshops and conferences focussed on renewable energy and sustainable development. Maegaard is also a prolific author of and contributer to numerous reports, books and articles in Danish, English, German and Japanese on the subject of renewable energy.  Since 2001 Maegaard has been an Associated Member of the Chairmen Committee of the World Council for Renewable Energy (WCRE) and from 2001, the President of the World Wind Energy Association (WWEA). Among his further accomplishments, he served as Renewable Energy Adviser to the President of Mali, Alpha Konare, from 1999 to 2002;  and has been a Board member of EREF, European Renewable Energy Federation since 1999;  the Vicepresident of EUROSOLAR, the European Renewable Energy Association since 1991; and the Director of the Folkecenter for Renewable Energy since 1983. 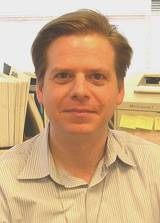 Dr. Eric Martinot was a senior energy/environment specialist with the World Bank in Washington DC from 2000 to 2003. Here, he managed the renewable energy program of the Global Environment Facility (GEF) and was responsible for reviewing and recommending approval of GEF grants for renewable energy projects in developing countries. He also guided the GEF's renewable energy program strategies and synthesized knowledge and experience with renewable energy markets and investments around the world. While working at the World Bank, he taught graduate level courses part-time as an adjunct professor of public policy at the University of Maryland and at Tufts University. Previously, Martinot served as a consultant to the Environment Department of the World Bank, as senior scientist with the Stockholm Environment Institute--Boston, as convening lead author for the Intergovernmental Panel on Climate Change (IPCC), and as a consultant to the United Nations, U.S. National Renewable Energy Laboratory, and the International Energy Agency. 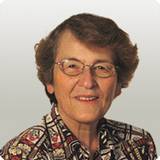 Monica Oliphant is President of the International Solar Energy Society and an Adjunct Associate Professor at the University of South Australia. She has a Masters Degree in Physics from the University of London and worked for almost 20 years as an Energy Research Scientist in the Electricity Trust of South Australia, but since 2000 has been an independent consultant specialising in residential energy efficiency and renewable energy. In 2002, Professor Oliphant won the SA Great Environmental Award. 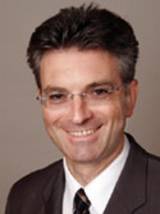 Dieter Salomon is the current mayor of the city of Freiburg and a member of the Alliance '90/The Greens political party. In 2002 he became the first green politician to reach this position of Lord Mayor of a German large city, and only the second in all of Germany.  Prior to this position, Dr. Salomon has served as a member of Freiburg city council from 1990 to 2000, and was a member of the Landtag of Baden-Württemberg from 1992 until 2002.

Dr. Salomon also serves as a member of the ICLEI Executive Committee. 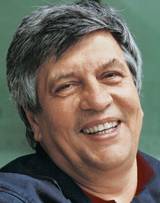 Hermann Scheer is one of the most relevant ambassadors of solar energy. He is an experienced member of the German Parliament and a delegate to the Parliamentary Assembly of the Council of Europe.

Dr. Scheer has played a major role in world meetings regarding Sustainable Development that utilizes solar energy. Hermann Scheer has recieved numerous awards honouring his many achievements in driving the renewable energy movement in Germany and abroad.

Author of five books highlighting the benefits and the path towards the implementation of the renewable energy future, Hermann Scheer has also founded Eurosolar in 1988, and the World Council for Renewable Energy in 2001. 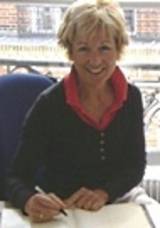 Virginia Sonntag-O'Brien is the co-cordinator of UNEP's Sustainable Energy Finance Initiative and is the Executive Secretary of REN21. REN21 is a global policy network that provides a forum for international leadership on renewable energy. Previously, Sonntag-O'Brien was the Managing Director of BASE, a centre in Basel, Switzerland, that facilitates investment in energy efficiency and renewable energy.  Prior to her work with BASE, she was the European Director of the Cities for Climate Protection campaign, a global programme run by ICLEI. She has authored a number of articles on sustainable energy finance and on urban energy and climate policy.