The City of Freiburg is internationally renowned for its innovative and integrated approach to sustainable energy management and extensive use of renewable energy sources. As a result of its achievements, Freiburg was honoured as “Germany’s Most Sustainable Major City" in 2012, making the city an exemplary and qualified host. Colleagues from the city administration, scientific experts and representatives from the renewable energy sector will be on hand to provide information and advice from an insider’s perspective. Freiburg is synonymous with sustainable development and its ecologically progressive policies have a positive im

pact on its citizens’ quality of life. The city will be the perfect scenario for the conference, inspiring participants with tangible evidence that seeking energy sustainability and stakeholder collaboration are the way forward.

Lörrach, jumping into the future as Energiestadt (Energy Town)

The city of Lörrach, located in the southern Black Forest where the borders of Germany, France and Switzerland meet, is a lively city known for its quality of life, cultural events and numerous educational institutions. Lörrach developed from a former centre of the textile industry,  and is now  the political, social and cultural hub in the German part of the trinational agglomeration of Basel. The beautiful historical centre is now largely pedestrianised with street cafes and a southern atmosphere popular with locals and tourists alike.

Over the last decade, Lörrach has committed to sustainable development with a focus on energy savings and renewable energies. Lörrach was the first German city to be awarded the Swiss label Energiestadt® in 2002 and the first municipality in Baden-Württemberg to win the European Energy Award eea® in 2007. By implementing several energy saving policies, Lörrach earned the Gold European Energy Award® in 2010. More recently, Lörrach was awarded second place among medium-sized cities at the prestigious German Sustainability Award 2013. A recent study predicts that the town could reach climate neutrality by the year 2050, a challenge which Lörrach is eager to tackle.

Freiburg is also the Host City of the ICLEI European Secretariat. Cities can only become sustainable if they drastically reduce their resource consumption and climate impacts. To achieve its mission, ICLEI, promotes the collaboration between local administrations and supports their progresses towards sustainable development. With its Cities for Climate Protection Campaign and Local Renewables Initiative ICLEI provides information, motivation and support to many local governments around the world.

Under the patronage of 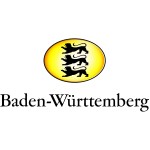